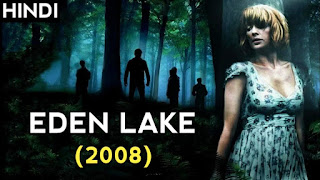 The Lords of Salem is a 1696 story. As the story begins, we see a man writing about seven witches. They worship the devil in the forest of Salem. He plans to kill them. Those seven witches are doing a  ritual there. Their purpose is to produce demons from the women of Salem. The worst of these seven witches was ”Margaret Morgan”. Then we see that it’s Monday and we are shown a girl named ”Heidi”. She is a host of a Radio Channel and she has rented an apartment for living. She comes outside to receive the newspaper but she feels that there is someone in room no. 5. When room number 5 was empty for a long time. She asks if a new paying guest has come, but she doesn’t get a response. The door closes. Then ”Heidi” takes her dog for a walk. She asks the house owner ”Lacy” about that new tenant. As a result, she claims that I did not hire a tenant.

”Heidi” says that I saw somebody only five minutes ago. ”Lacy” says that I’ll check that room again to clear your confusion. After ”Heidi” left, she goes to check that room but she finds it locked. She comes back. At the night, ”Heidi” was going to her home from the Radio station. She finds a box at reception which was for her. She didn’t know, where did this box come from? It has a sound recorder in it and ”The Lords” written on it. She takes this box to her house. Her colleague ”Herman” is also with her. After reaching home, ”Herman” plays that recorder but he is unable to play it. But when ”Heidi” plays it, it starts immediately. This tape recorder had a dangerous kind of music in it. As she hears it, she starts feeling strange. Right after it, we see a scene from the year 1696. In this scene, the same witches were carrying a baby out of a woman’s womb. They take her baby who is a normal human.

Seeing it, they kill that baby. Seeing Heidi’s condition, ”Herman” turns off the music. She asks ”Heidi” if she’s fine? ”Heidi” says that after hearing that music, I am feeling tired and I want to sleep. After it, ”Heidi” goes to sleep, and ”Herman” leaves. ”Heidi” was going to her room and it feels like someone is also there with her. But she doesn’t focus on this. The next day on Tuesday, a writer named ”Francis Matthais” comes on Heidi’s radio station. He wrote a book, Satan Leston”. Its topic was Salem Witches. There, they play that recorder again, and ”Herman” names it ”The Lords of Salem’. As she plays this on her channel, ”Heidi” starts feeling strange again. ”Heidi”  turns it mute but it still could be heard. After it, their session comes to an end and ”Francis” asks that where did this recorder come from? She says that she doesn’t know about it. ”Francis” goes to her home and asks his wife about his interview. She says that I’ve recorded the whole interview. ”Francis” asks, ”Did you record the music too?” She says, ”Yes. I’ve”. ”Francis” has heard the name of ”The Lords Of Salem” before. But he couldn’t remember anything. ”Heidi” reaches her home and is going to her room. Meanwhile, ”Lacy” calls her and introduces her sister to her. ”Sonny” and ”Megan” asks ”Heidi” to sit with them. But Heidi’s dog was hungry so she goes to her room first.

As she feeds her dog, a woman stands behind her but ”Heidi” doesn’t know. Then she comes downstairs to meet them. There, she gets to know that ”Meghan” can read the palm. She shows her hand to her. ”Meghan” asks her to control her mind. Gradually, she starts talking to her rudely. She misbehaves with ”Heidi” and ”Heidi” doesn’t like it and leaves. In the middle of the night, ”Heidi” hears her dog’s voice. She goes to see it. She sees her dog standing in front of room no. 5. She takes her dog and leaves. The door of room no. 5 opens itself. ”Heidi” goes inside and the door closes itself. She sees a sign of a cross there. ”Heidi” becomes hypnotized after seeing this. A horrible creature is standing behind her Then we that creature coming from the front now. It feels as someone is coming out of Hell.

“Heidi” steps outside as the door opens. She sees “Margaret Morgan” there. She wants children from “Heidi.” ‘Heidi” opens her mouth, realizes it was all a dream, and goes back to sleep. “Heidi” takes her dog out for a walk on Wednesday. She enters a Church. There, Father talks to her and suddenly starts misbehaving with her. He says that no one can save you. After it, her eyes open, and Father tells her that she was sleeping here. She runs outside and sits. Then she sees a strange man coming towards her. He has a goat too. Suddenly, he also disappears. After a lot of searches, ”Francis” finds a book by ”Jonathan Hathorne”. It consists of five written pages. In that book, ”Jonathan”’named those seven as ”The Lords of Salem”. It was written that ”Jonathan” captured them on the 27th of September, 1696. “Margaret” also admitted to worshiping the Devil. They were burnt alive. At the last of the book, there were some music notes. These notes are played on Piano and these were exactly the same which ”Heidi” found. Then on Thursday, ”Francis” goes to the writer of that book and asks about that diary.

On which he replies that I don’t have that diary but I’ve read it all. ”Francis” asks that Is there anything that was not in this book and you didn’t read that. then he tells about the condition of ”Margaret”. When ”Margaret” was being burnt, she made this condition that newborn daughters of Salem’s daughters will be killed. Devil will also be created from them. ”Heidi” tells ”Herman” that whenever I hear that music, I feel something unusual. “Heidi” then starts coughing and blood comes out of her mouth. ”Herman” gets scared and immediately calls an Ambulance. Then ”Heidi” sees some strange people behind ”Herman”. One of those men touches ”Herman” and he suddenly dies. Then they capture ”Heidi” and operate upon her. They cut their belly and pulls out an insect-like animal from her belly. After it, she wakes up again. She couldn’t analyze what’s was happening and what’s right, what’s wrong.

Her mental abilities were disabling too. She starts taking drugs to get rid of all of this. On Friday, when she’s taking drugs, someone knocks at her door. When she goes to check, those three sisters were standing there. She calls them inside. On the other hand, ”Francis” is researching ”Heidi”. Here, he gets to know the real name of ”Heidi” which is ”Adelheid Elizabeth”. After some research, he understands she’s also included in the enlisted girls’ in Jonathan’s condition. He immediately calls ”Heidi” but ”Megan” picks up the call. She disconnects the call by saying that it’s the wrong number. ”Heidi” is unconscious and those three sisters were taking her to room no. 5. ”Lacy” draws the same sign on that door which was drawn on witches’ faces. Except for this, this sign was also present on that recorder. Even this sign was also printed on Jonathan’s diary. Coming to the door, they three pray and the door opens.

They sent ”Heidi” inside the room. Here, the inner side of the room is shown which wasn’t similar as we were shown before. This was a Palace now and right in front of ”Heidi”, a strange creature stood. ”Heidi” comes forward to it slowly. Her face is totally changed. A mark appears on her forehead which was exactly the same as that on the Witches’ forehead. ”Heidi” comes closer to that creature and two tentacles come out of his body. ”Heidi” immediately grabs them. After it, the door opens and ”Heidi” comes out in normal condition. Seeing ”Heidi”, they both get so happy and make her sleep in her room. Strangely, that creature was also beside ”Heidi”. After this, ”Herman” calls ”Heidi” but she doesn’t remember anything which happened that night. He says there’s a show on our station tonight and we have to meet before this. but ”Heidi” refuses him and disconnects the cell phone. ”Lacy” is with ”Heidi” and she’s continuously watching over her. Then ”Francis” comes to Heidi’s home to meet her. ”Lacy” was on the door. She says that ”Heidi” isn’t home but she was in there. ”lacy” asks him to come in and wait for ”Heidi”. There, these three sisters start questioning him.

”Francis” tells them that I met ”Heidi” on the Radio Station. He says that I also heard the recorder of ”The Lords of Salem”. I have some important information to convey to ”Heidi”. From here, things get worse. ”Lacy” misbehaves with ”Francis” but he ignores this. The situation was very bad. When he gets up to go back Sonny attacks his head with a pen. He falls down. She keeps attacking him with that pen and at last, he dies. At night, ”Herman” comes to take ”Heidi” with him to the show but those ladies were there again. They stop him too. But ”Herman” used to come here. He doesn’t stop and goes straight to her room. She knocks at Heidi’s room door but ”Lacy” comes there. Before ”Lacy” does anything, ”Heidi” comes outside but ”Lacy” says her to tell ”Herman” to wait for her outside. ”Heidi” does the same. ‘Herman’ is awkward. He inquires of “Heidi,” but she quietly closes the door. Then they both walk down the hall, leaving “Heidi” in the room, which closes. ”Herman” was outside and on the stage, we see those three sisters again. They are praying to Devil. Suddenly, those seven witches come behind them. That music is played here and all the audience comes to the stage. ”Heidi” is in a strange world. All seven witches were present there and they are performing a ritual on lying ”Heidi”.

After it, Heidi’s baby is born who’s a devil. Seeing him, all witches become so happy and ”Heidi” dies here. We are shown ”Heidi” again, but this time, she’s in face of a Goddess. She’s standing on many dead bodies of women. After it, a NEWS comes that 32 women have died. Their dead bodies were present there Heidi’s body wasn’t there. She was disappeared. Here, Margaret’s trial accomplishes. Devil is also born and the daughters of Salem’s daughters are also dead. She became a Goddess after giving birth to a devil. She has now become a witch, and everyone will worship her as well. The move ends here.