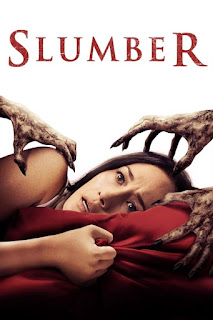 At the starting of movie, a family appears who are facing very peculiar circumstances. The name of male is Charlie Morgan while wife’s name is Sara with their son and daughter named Daniel and Emile.

They are leading their happiest life at the beginning but their life takes a twist. Then the bad happenings occur in their life. A very small baby of them has already dead a few time ago. And taking the death of this child, all members were sorrowful, above all Charlie who was not ready to  accept this mishap. He loses his hob due to his dejected state. Their son Daniel is a sleepwalker. However, the situation has deteriorated over time. Because Daniel does not sleepwalk but is paralyzed while taking rest on the bed. Above all, the most odd thing is this, all family members face the parasomnia. While sleeping, they lose their conscious. Consequently, they are frightened and do not understand that what is happening with them.

Then they visit to the sleep doctor named Alice who is expert in such cases. Checking their report, she considers this case as normal one. She tries to satisfy them saying that it is a sleep disorder which is normally faced by the younger kids. Then Alice is left surprised when Charlie tells her , this is not only with Daniel but we all family members are habitual of sleepwalking. It was very unusual in hearing. But as a doctor, Alice recommends a medicine,

Saying there is no need to worry and he will be all right. Alice does not take their condition most seriously. Even that family also returns to home not taking it serious except frightened Daniel. Daniel used to feel fear from his sleep.

Inspite of this, he himself was trying to tackle it. Then an uncommon thing happens with them in a night. When the whole family starts sleepwalking while Daniel is on the bed. They used to act strangely in their sleep. As Charlie was thinking as his dead baby is in his lap. And he was calling him. On the other side,  Sara who was mixing something in the mixer grinder, Along it, she was trying to eat something adding her hand in it. Even their younger daughter Emile is also not in conscious as she detaches the heads of her teddy bears taking scissors. These all happenings were very bothering for them.

It was clear that someone is regulating their activities. They had turned into dangerous being. They could harm one another and also kill. Daniel was in worst condition among all. Because he was fully paralyzed. He tries hard to rise from his bed.

He calls his parent but all his efforts are in vain. And at the exact time,  black shadow is also seen with Daniel. And at first sight, all restores their senses. They find Daniel in worst state seeing him because circumstance were worsened now. They again visit doctor Alice.

Admitting all of them for a night, she tests them medically. And she attempts to know the reason of these happenings with them. Leaving them in a room for sleep,she  continues to keep an on them through cameras. Everything is usual till midnight. But something strange begins to happen as Alice’s attention is diverted from computer.

Daniel has been paralyzed while other start to act weirdly. Suddenly Daniel feels as someone is giving him electric shock. Alice and the doctor run for their help hearing these sounds. Where Charlie immediately attacks on Alice trying to kill her. But a sweeper of that hospital Cam saves the life of Alice attacking on the Charlie’s head.

Charlie is seized after this incident because he attempted to kill Alice attacking her. Even though he had not committed it intentionally. Afterward, that family is discharged. And Alice refuses to treat that family. Resigning his job,that boy Cam conveys a message to Alice that keep away from that family if she loves her life. Moreover he leaves giving her name. After that we come to know that he was talking about the demon.

Coming to home, Alice explores that name . She is confirmed about the unusual happenings with them. And suddenly,  her childhood story is reminded by Alice. She flashes back to her past. Where two kids were sleeping in a room, a boy and a girl.That girl was Alice while other was her younger brother who has also sleep disorders. And the same night, he behaves strangely. His attitude reveals that he is  horrified. That kid is dead at that night.

Thinking him, Alice is mostly depressed. She blames herself of not saving the lfe of her brother. Alice believes on all these supernatural happenings. and she wanted to  know that why and what is happening with this family. Moreover,

what had happened with her brother at that night. Contrarily, that family is shown in trouble. Because only Sara was taking care of her kids after the capturing of Charlie. Then a weird happening occurs  with them at the same night. Coming into consciousness,

Sara notices her younger daughter Emile who had killed her dog with the same scissors. And Daniel has also been paralyzed. Alice is worried about that family and wants to help them. First of all, Charlie is released by her. They  find no logical evidence for these incidents. It is all supernaturalism. They think to visit such a person who is aware about these things.

Then instantly, Cam comes in Alice’s mind. Who was calling them demon. They go to meet Cam.They know, it did not happen with Cam but with his grandfather. Now he was grown old. His name was Amado. He tells  to Charlie and Alice that the responsible of all these happening is no one but Timon. And he will continue to act untill he takes the life of Daniel. It means, daniel life was at risk. Amado has also been a victim. But he was survived because another person came to end instead of him. Even after that, demon did not stop to chase him.

Then he deprived himself from eyes and slumber never over came him. It is clear here, this demon is very potent who approaches only at sleep time. But those people proceed taking this task. Because they have awareness about demon little bit. They know , the main target of demon is Daniel. As Daniel sleeps then the demon will arrive .

Who can also hold his control over others. So they try to keep Daniel sleepless. Injecting Daniel, they also hand over him the energy drink so he remains sleepless for a night. But it wasn’t the best way to save Daniel’s life. Then Alice informs that either there is demon or ghost, they exist in another direction not here. If we cannot help Daniel  living in this World, we will have to move ourselves into the World of dreams. Because demon is also there.

Having no option, they all agree on it. Taking the injection dosage, all are fallen asleep. As a powerful demon, Timon is showing them visions in the dream. And even in the dreams,  they also lose their senses acting according to their will. First of all, Charlie sees his dead son while Alice encounters her dead brother. And Sara herself is breaking off her teeth. Amadon is in his senses among them. while  demon is also in conscious. Amado proceeds to help Daniel but is witchcrafted by demon. And at one point, Alice knows that it is only the dream not reality.

The demon witchcraft is over as she realizes it. She immediately runs to rescue Daniel. But Amado was still under the power of that demon and he was going to murder Daniel.

Then Alice abruptly murders Amado. There was only one way to get rid from demon. If someone sacrifices himself for him, he leaves from here. After that taking Alice insane, she is sent to Asylum . Now we notice that demon has started to pursue Alice’s younger daughter whom he will murder soon.

Then the reality of demon is explored before us. He came into being first time when someone dreamt. He used to victimize the feeble persons. And he is also the reason of nightmares. As being potent, this demon has the ability to  shape itself differently. At first  , he shows the good dreams to children so that they become of its friend and then reveals its real face. Relishing, He kills its target gradually . It is revealed at the end that Alice is not insane. That demon is actually with her daughter. And the story completes here.